The First Colored Senator and Representatives. In the 41st and 42nd Congress of the United States. “The First Colored Senator and Representatives. In the 41st and 42nd Congress of the United States."

For more info, go to: 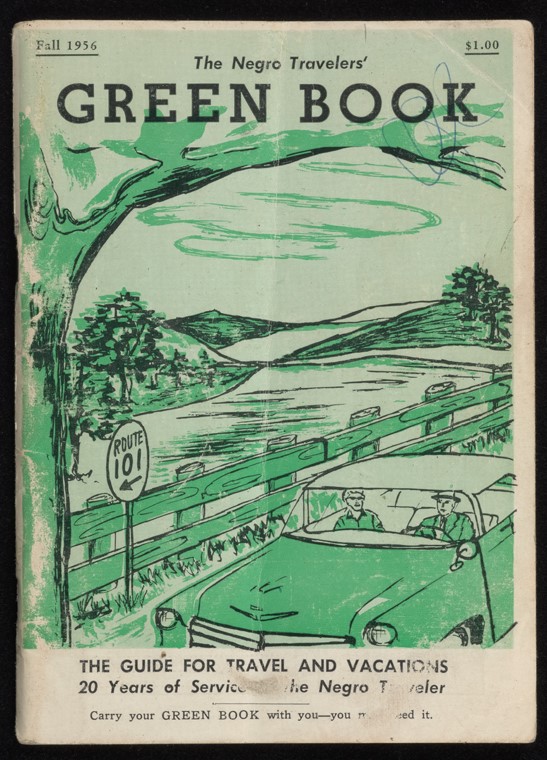 According to the New York Public Library: “The Green Book was a travel guide published between 1936 and 1966 that listed hotels, restaurants, bars, gas stations, etc. where black travelers would be welcome.”

The intro to the original edition of the Green Book reads: "With the introduction of this travel guide in 1936, it has been our idea to give the Negro traveler information that will keep him from running into difficulties, embarrassments and to make his trips more enjoyable."

Many editions of the Green Book have been digitized and published in full online. See below for links to images and pages from this critical  African American travel and safety guide.

Voices from the Days of Slavery: Former Slaves Tell Their Stories

From The Library of Congress’s American Folkflife Center

“The almost seven hours of recorded interviews presented here took place between 1932 and 1975 in nine Southern states. Twenty-three interviewees, born between 1823 and the early 1860s, discuss how they felt about slavery, slaveholders, coercion of slaves, their families, and freedom. Several individuals sing songs, many of which were learned during the time of their enslavement. It is important to note that all of the interviewees spoke sixty or more years after the end of their enslavement, and it is their full lives that are reflected in these recordings. The individuals documented in this presentation have much to say about living as African Americans from the 1870s to the 1930s, and beyond.

“All known recordings of former slaves in the American Folklife Center are included in this presentation. Some are being made publicly available for the first time and several others already available now include complete transcriptions. Unfortunately, not all the recordings are clearly audible. Although the original tapes and discs are generally in good physical condition, background noise and poorly positioned microphones make it extremely difficult to follow many of the interviews.”

Say it Plain, Say it Loud: A Century of Great African American Speeches

by Kate Ellis and Stephen Smith

"Public speech making has played a powerful role in the long struggle by African Americans for equal rights. This collection, for the ear and the eye, highlights speeches by an eclectic mix of black leaders. Their impassioned, eloquent words continue to affect the ideas of a nation and the direction of history."

The UC Berkeley Social Activism Sound Recording Project is a partnership between the UC Berkeley Library, the Pacifica Foundation, and other private and institutional sources. The intent of the project is to gather, catalog, and make accessible primary source media resources related to social activism and activist movements in California in the 1960's and 1970's. Some recordings have been slightly edited for purposes of sound quality and continuity.

Sound files in this collection require the Real Media player.

Some videos in this collection are not freely available for viewing online.