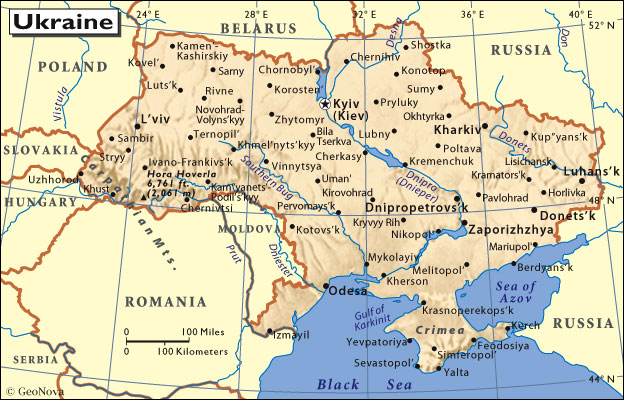 Description: This program explores Ukraine’s struggle to escape Russia’s embrace, leave its Soviet past behind, and become a truly independent country. Ukrainian-American journalist, Katya Soldak, of Forbes Magazine, tells the story of her home country as it exits the USSR, works through two revolutions, and endures a war with Russia — all through the eyes of her family and friends in Kharkiv, a large Ukrainian city only 18 miles from the Russian border.

You can watch more documentaries and videos on Ukraine in Films on Demand.

NATO, the North Atlantic Treaty Organization, is apolitical and military alliance of European nations founded in 1949 shortly after World War II. Original members were Belgium, Canada, Denmark, France, Iceland, Italy, Luxembourg, the Netherlands, Norway, Portugal,  the United Kingdom, and the United States, who all joined in 1949. Three years later, Greece and Turkey joined, followed by Germany in 1952 and adding members until reaching the current 30 members.

Why has Ukraine applied for membership?

NATO members send troops and weapons into conflicts if diplomacy fails to keep the peace.