ENGL 165 Arrizon - Climate Change: Is the Source Scholarly? or Popular?

Is the source scholarly? or popular?

(Table from Rutgers University, Popular Literature vs. Scholarly Peer-Reviewed Literature: What's the Difference? . The rest of this webpage has very useful tips too.)

Newspapers share many of the characteristics as popular magazine articles, but they can focused on:

They're good resources for information on the people, events, and places that matter to a specific region. However, in locally-focused newspapers, coverage of national and international news often comes from a newswire (for example, AP/Associated Press), so you will find essentially the same story in more than one newspaper. Keep in mind that newspapers will reflect the biases of their communities, so if you are researching topics of international import, look for newspapers from other countries besides your own.

Government or Agency Reports focus on specific issues, and sometimes contain detailed research reports as well as information about policies and programs that aim to fix problems associated with the topic. Look for documents produced by agencies that have responsibility in this area (for example, U.S. Department of the Interior, Environmental Protection Agency; United Nations Environment) or reports for advocacy organizations (for example, Union of Concerned Scientists). Keep in mind, though, that all of these groups have some kind of political agenda and bias; that's not a reason to reject their information, but it's wise to learn more about their advocacy or opinions so you can factor that information into your essay too.

What about Books? Not that we have anything against books, but often these contain more material than you would use for an essay, especially if your instructor has asked you to include multiple sources of information. (If you are further interested in the topic, definitely check out the books on Library shelves and read from our e-book collections!) There are two exceptions to this general rule, though; you may find useful material for your essays in:

Note About the Language of Science

Like members of any profession, scientists have their own jargon. Elaborate terms are shortened to abbreviations to make them easier to say and write (for example, DNA instead of deoxyribonucleic acid).

They also have different meanings for words than common usage. (For example, in the phrase theory of evolution, the word "theory" is used as part of the scientific method, meaning "the best explanation we have" for how organisms evolve. That explanation is accepted by scientists as truth - but people who believe in intelligent design interpret the word "theory" as doubt.)

Jargon can make scholarly, academic or professional articles difficult to understand. If you find yourself confused, ask a librarian, who can point you to dictionaries and other resources to explain scientific jargon.

It is important to be aware of the different types of publication sources so that when you are conducting research you know what publication source will meet your information need. Also, in order to properly cite a source, you need to identify it’s publication type to determine the correct formatting. Determing publication type can be more challenging when viewing an article in electronic format since there is often less context 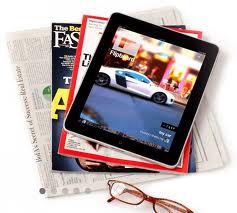