... before before identifying (tagging) other people in photographs.

... before labeling photographs by location.

... before copying / pasting images into your online posts (instead use a link to where you found it, if possible).

... before posting any questionable photos or video to social media, even if settings are "friends only".

... before sharing any questionable photos or video to anyone else, really. Once off your device, you have no control over where it might appear. 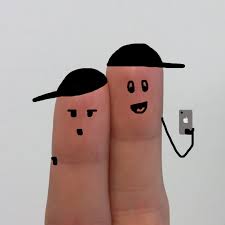 Fun selfies and videos of you being silly with friends or pets are amusing now - but will they be embarrassing (or worse) later, when seen by a prospective employer, landlord, college admissions advisor or family? Once posted online in social media (or in a photo sharing app like Flickr), they cannot be completely deleted.

Under law, we must have that person's  permission to publish a photograph of another person (whether stranger or friend) - but in reality we have no control over what other people do with photographs of us, except to bring a cease and desist order or lawsuit.

At the same time, posting images can cause real harm to vulnerable people (someone trying to avoid an abuser or stalker, for example). There have been documented reports of ICE using FaceBook photos to help identify targets, as well as many examples of photos or video being used to damage reputations.

To avoid causing harm or getting caught in the middle:

Public figures or officers, in some cases, are an exception to this rule. But if you are taking photos or video of peace officers or public safety personnel in action, keep your safety and the safety of other people in mind.