Promise Scholars: How to avoid it

Avoid plagiarizing by taking careful notes and by correctly citing

Plagiarism is the act of using someone else's work or words and presenting them as your own. Plagiarism is considered the foremost academic sin and can result in a student being expelled (see Academic Integrity and Student Conduct Code). Instructors now use tools like Turnitin.com to check for plagiarism.

The illustration on the right outlines how to avoid plagiarism by using three different ways of crediting your source:

Below are examples of quotation marks, block quotes, and paraphrasing.

Placing quotation marks around words that are not yours lets the reader know where your words end and another's begin.

Used for quotes of four or more lines, block quotes are indented without quotation marks.

Her faith in her son's promise began with his intense interest in books, a passion that could not be taught.... These books were gateways, not just in abstractions of the mind but in real-world opportunities.

Including someone else's thoughts or ideas in your own wording gives credit to the author:

Jackie Peace sacrificed time with her son in order to complete training for a higher paying job so she could enroll her son in private school, Hobb writes. She felt her trust was well-placed because of her son's love of books.

The citation appears in a Works Cited page as below:

Tools to help you avoid plagiarizing

The plagiarism checkers and websites below can help you become a better writer.

Plagiarism is using someone else’s ideas or words without giving them proper credit. Plagiarism can range from unintentional (forgetting to include a source in a bibliography) to intentional (buying a paper online, using another writer’s ideas as your own to make your work sound smarter). Beginning writers and expert writers alike can all plagiarize. Understand that plagiarism is a serious charge in academia, but also in professional settings.

When do you need to cite? An Illustration courtesy of EasyBib 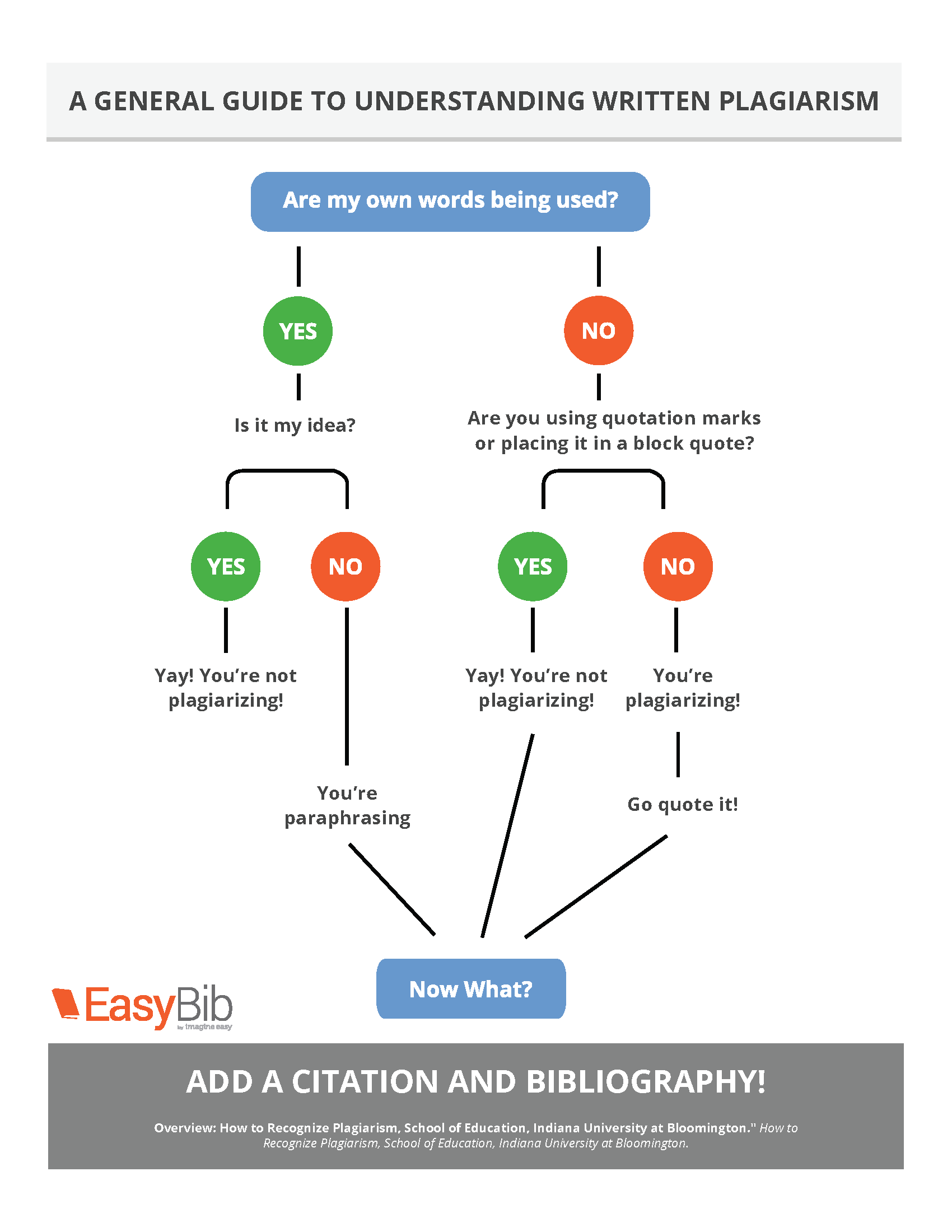 Cañada College's policies on plagiarism and cheating on this page show how instructors check for copied work and how the college handles students found guilty of submitting work not their own. The Academic Integrity Forms below are also posted on Cañada College's Useful Forms for Faculty webpage:

Practice what you have learned about citing and avoiding plagiarism with these two exercises.