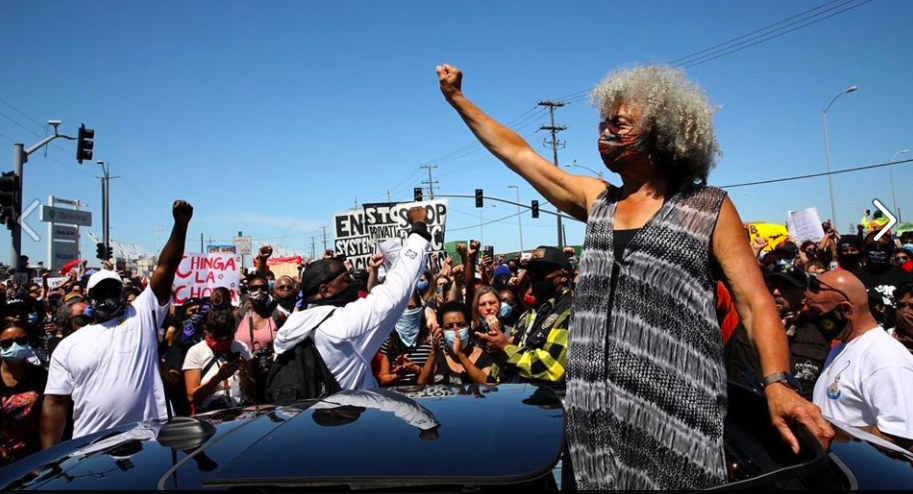 Davis at Juneteenth shut down of Port of Oakland, June 2020. - Accessed from Angela Davis Facebook page.

Cornell University Library's Angela Davis Research Guide is a great place to find an up to date, annotated list of her publications.

While you won't be able to access books directly from this guide, you can decide which you'd like to read first, then Ask a Librarian for help locating the book in digital format.

Freedom is a Constant Struggle is available as an e-book from Skyline College Library. 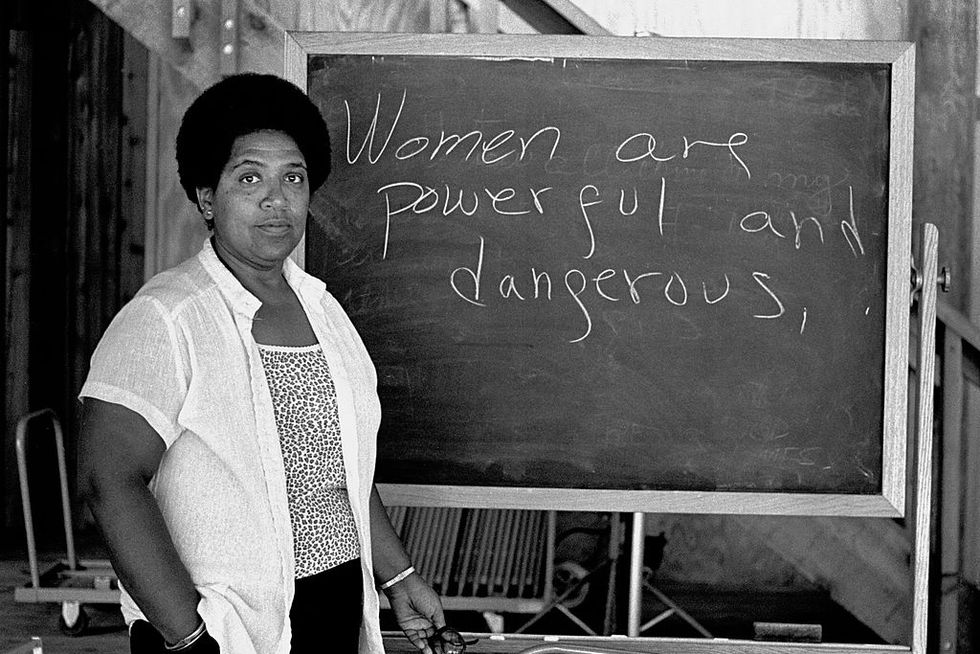 Poet, essayist, and lecturer Audre Lorde spent a lifetime exploring the pleasures and pain of being a black woman in America. Lorde's was an essential voice in African American letters. Her work bravely confronted some of the most important crises in American society: racism, homophobia, the insensitivity of the health care system, relations between the sexes, and parenthood.  (Gale in Context: Biography)

More resources are available from the public libraries in San Mateo County.  All SMCCD student, staff, or faculty are eligible for a free PLS library card, whether or not you live in the County.  You can search the catalog, request curbside pickup of books and download e-books and e-audiobooks through Overdrive, Libby or Axis 360.  Libraries also give free access to selected databases, e-magazines and streaming services like Hoopla and Kanopy.