Reuters News Agency, a British news service, also has teams of reporters writing news stories. You'll see the name Reuters and Associated Press on the front pages and home pages of many publications.

People will disagree over what neutral news sources are, and you will learn to trust your judgment as a news consumer. ProPublica, an independent, nonprofit newsroom that employs 100 journalists, has won many prestigious prizes for their reporting. Pro Publica states their mission as  "produc[ing] investigative journalism with moral force." Read some articles and decide if you agree. 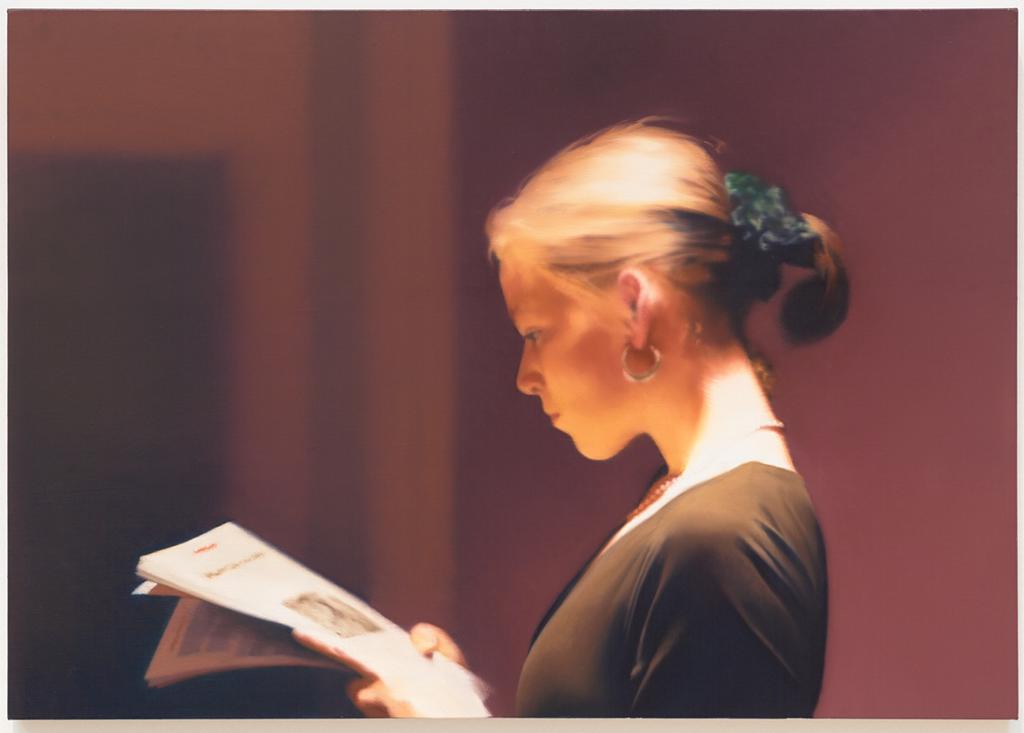 If the answer to any of the questions below is "no",  be skeptical about the reliability of the source. If an article or its headline attempts to shock you or elicit an emotional response rather than provide facts, or if it uses exclamation marks and question marks, it’s probably not reliable.

Examine the publication or website you are reading for bias 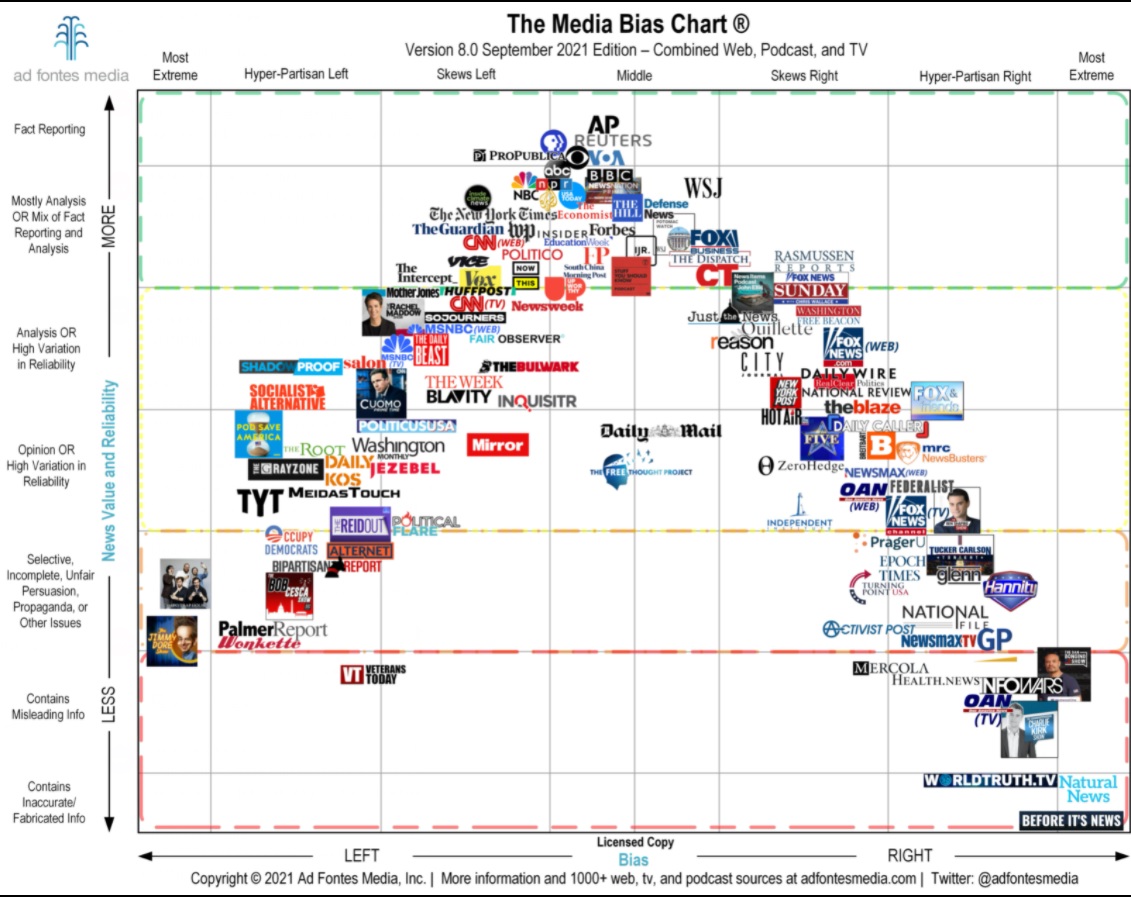 Although people disagree with how bias in these publications and news outlets are characterized, this illustration shows how both liberal and conservative viewpoints range from moderate to radical to irresponsible.

What makes a publication fair or accurate?

Remain skeptical about what you read and use your own judgment. Some news sites may look more reliable than others. Sensational headlines put off most readers looking for news, but be sure to read the fine print on professional-looking sites as well.

Look at the website for the Associated Press, an international news-gathering organization based in New York. On any given day, you will see headlines and sentences about national and international governments and officials, weather, sports, arts, and other topics. Be aware that even publications with professional-looking websites with low-key headlines make mistakes.

The New York Times, highly respected but with an acknowledged center left bias, routinely publishes corrections amounting to most of a page in print versions. The fact that the original story may well contain errors does not impinge on their reputation as "the paper of record" because the publication runs correction notices in a timely manner. Regardless, NYT readers would do well to be aware that the story there are reading may well contain errors. The byword in journalism is that the correction rarely catches up with the story, which is less true now with digital publishing.

By contrast, National Enquirer covers celebrities - actors and other famous people - usually at their lowest point, often when they are in conflict with colleagues or spouses. Is this news? It is to some, so it depends on your taste. Many news readers find the tabloid's methods distasteful, but the Enquirer does have a record of breaking stories respected media won't touch. Their headlines sensationalize the most dramatic aspect of articles, making them questionable as a credible news source. It's often asked, if the National Enquirer is so questionable, why don't more people sue them for libel? Read about why that is - and why widely beloved and respected comedian Carol Burnett prevailed in a rare libel suit - in this New York Times article.

A skeptical reader like you will want a source and a statement to support this divergent viewpoint, and here it is, from Jack Shafer, former editor of Slate online news magazine:

Yes, the Enquirer tackles mostly tacky and sordid subjects and treats them breathlessly, but if you correct for stylistic overkill, you find a publication that is every bit as accurate as mainstream media. I would, however, advise Enquirer readers to take all anonymous quotes they find in the tabloid’s pages with a large shaker of salt. Maybe with a bag of salt. (Of course, I have the same bias against anonymous quotes in the mainstream press.)

Conclusion: Sensational headlines skew what may otherwise be a factual article and carefully researched and edited newspaper articles may contain an error that won't be corrected until days later, a fact many readers miss.